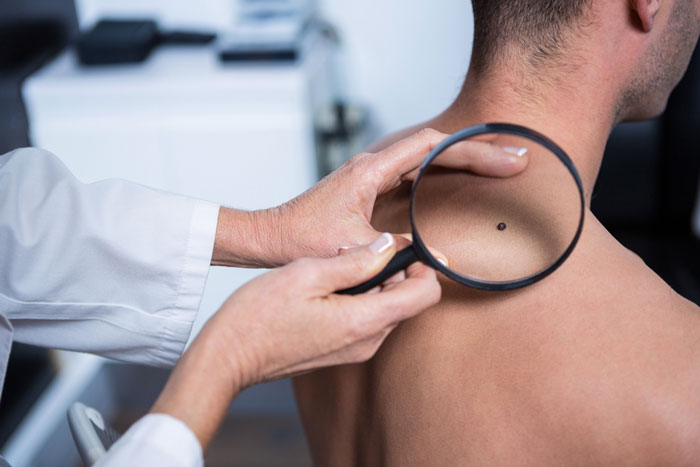 Skin cancers can be differentiated into those that can be treated with outpatient surgery and the aggressive ones that require a more extensive form of treatments. Your treating physician will tell which treatment is right for the type of cancer as well as devise an after care plan based on your unique diagnosis. This information looks at various forms of treatments available for treating skin cancers – both mild and severe.

Skin cancers like melanoma or Merkel cell carcinoma requires surgery as a primary form of treatment. A qualified dermatologist like Sundoctors QLD will perform this surgery under local anesthesia as an outpatient procedure. The cancer cells, as well as some surrounding skin cells,  are removed.

This treatment type is non-surgical and used on actinic keratoses and early stages of squamous cell carcinomas when there are precancerous growths. Here, a photosensitive medication is applied to the cancerous part of the skin. This medication which is a light-sensitive substance is then exposed to a special blue light after about 18 hours of initial application. The light, when directed on the area activates the medication which in turn kills cancerous cells on the skin.

Topical chemotherapy involves the application of a chemotherapy cream directly on the affected area or where the skin tumour is present. The cream needs to be applied two times a day for a time period of between 3 weeks and 12 weeks.

Some of the skin cancer types that this treatment method can be used for include but not limited to actinic keratoses and basal cell carcinoma. The cream reaches the cancerous cells killing them without penetrating deep into the skin. In essence, this treatment works well for superficial skin cancers.

Superficial basic cell carcinomas can also be treated well with topical cream collectively called as immune response modifiers. As the name suggests, they are intended to activate the immune system and make the body prepare itself to attack cancerous growths. The body , as‌ ‌a‌ ‌result, produces interferon which is a natural protein to fight off antibodies. The cream needs to be applied several times a day for up to eight weeks or as prescribed by your treating physician.

This therapy is generally used after  skin cancer surgery to treat areas that still contain cancer cells. It is also used when  cancer returns. Radiation therapy comes handy in reducing the size of metastases (the development of secondary growths away from the primary area of cancer) as well as in relieving symptoms associated with cancer, such as fatigue, pain and allergies.

Chemotherapy is one of the most common types of treatment procedures for cancer, including skin cancer. It is used in patients suffering from advanced skin cancer where the cancer cells may have spread to other parts of the body.

Chemotherapy is very effective for localized basal cell carcinoma. Nevertheless, your physician will come up with this treatment plan in conjunction with other procedures based on your immunity and needs.

These therapies are designed to work on cancer cells by seeking out specific features of the cells. For instance, targeted therapy focuses on gene mutations or certain proteins associated with the cancer cells and try to kill them efficiently.

They are also used in combination with other treatment methods such as radiation therapy and chemotherapy. Some rare cases of advanced skin cancer types benefit heavily with this tailored form of skin cancer treatment. It is also best used when  cancer goes dormant but returns after many years.